A wind farm of epic proportions is taking shape in Africa 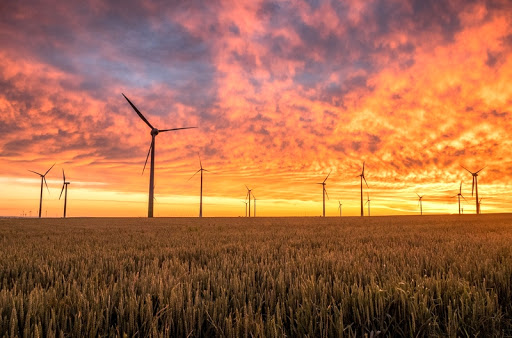 In Kenya, efforts to produce wind power on a grand scale are underway. The Lake Turkana Wind Power project is a 12-hour drive from Nairobi and, once operational, is set to provide 310 megawatts (MW) of renewable power to the Kenyan national grid.

"It is the largest wind farm in Africa (and) it has 365 turbines," Carlo Van Wageningen, director and board member at Lake Turkana Wind Power, told CNBC's Sustainable Energy on Thursday. "We are hoping to soon see the transmission line completed so that Kenya will be able to benefit from this cheap source of power," he added.

The project's location, between the slopes of Mount Kulal and the south eastern end of Lake Turkana, is of great importance when it comes to producing wind power. According to the project, the area's "unique geographical conditions" result in daily temperature fluctuations which in turn produce strong and predictable wind streams.

"We get a constant wind that allows us to have a yield on our installed capacity, which is called load factor, of about 62 percent," Van Wageningen explained.

The potential of wind power in terms of reducing carbon emissions is significant. According to the Global Wind Energy Council, in 2016 wind power helped the planet avoid more than 637 million tonnes of CO2 emissions.

For Van Wageningen, the Lake Turkana scheme has helped to put Kenya on the renewable energy map from a wind perspective.

"There are many wind farms that are in preparation and in development right now, so I think Lake Turkana Wind Power has opened a new source of investment for Kenya – foreign investment as well as local investment – and it's a great opportunity."